Click to purchase the Locked and Re-Loaded 4-movie DVD collection from Amazon.

Produced by Corman’s New Horizons and Destination Films and distributed by Sony Home Entertainment, Operation Rogue stars Mark Dacasco, Sofia Pernas and Treat Williams as leaders of an elite military squad. The film starts strong before devolving into mindlessly numbing action, which might be just fine if that’s all you’re looking for when picking up a collection like this.

In a well-staged opening shootout in Zamboanga, Mindanao, terrorist insurgents led by Sayid Nassif (Dan Corbe, I’ll Be There, Markado) steal a load of deadly explosives they plan to sneak into the upcoming Asean Counter-Terrorism Conference, which will be hosting national security delegates from all over the world. The terrorists’ ultimate plan (other than to kill as many people as possible) is to knock off the American Director of National Intelligence, who will be in attendance. 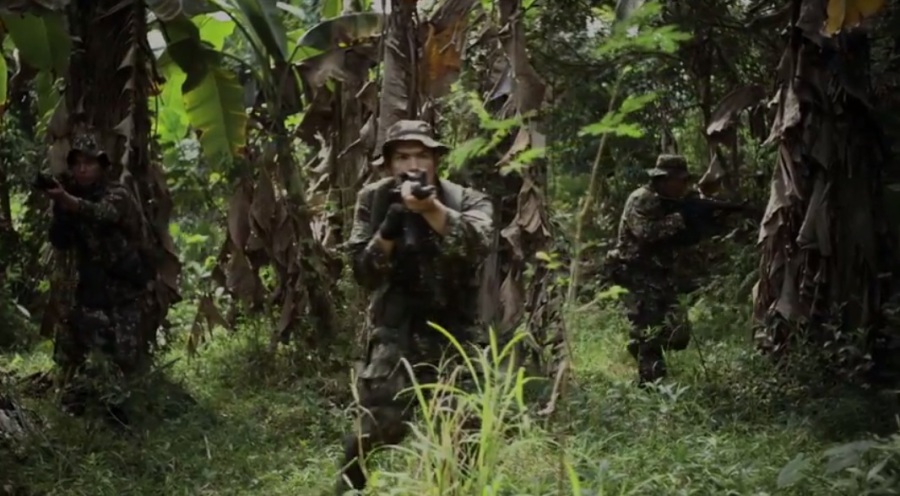 At the Camp Navarro Military Base in Mindanao, Captain Max Randall (martial arts badass Mark Dacascos, Brotherhood of the Wolf, 1997’s Drive, Cradle 2 the Grave) is tasked with leading a team of Marines on a mission to recover the stolen explosives, which intelligence reveals are stored in a nearby warehouse where a meeting of like-minded terrorists is about to take place. An elaborate briefing right out of any recent television military action show reveals the identities of the bad guys the team needs to capture, beginning with Nassif and his collaborators, local revolutionaries Abdul Malek (Benson Jimenez, Showdown in Manila), the son of terrorist-in-charge Omar Malek (Nash Espinosa, The Hunt for Eagle One, Bloodfist 2050). But the warehouse shootout doesn’t go as planned when one of the Marines blows up Abdul’s vehicle with him in it. Now, with no live prisoner the Marines can use to extract intel from about the terrorist plot, they’re instead called off the case as the media erroneously reports that civilians were killed in the operation. This mishap puts Capt. Randall’s face all over the local news. 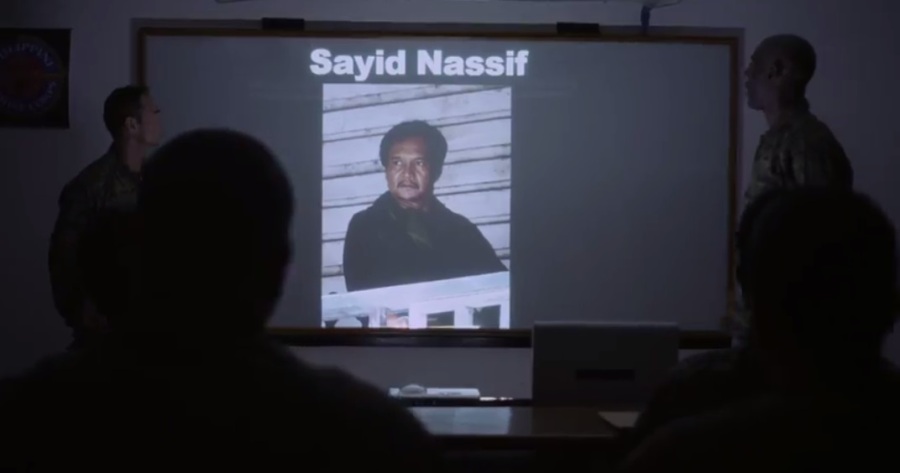 But they don’t stay off the case long. In an attempt to exact revenge on Captain Randall for killing his son, Omar Malek attempts a violent kidnapping of the soldier. But when that fails, they do the next best thing – they kidnap Jenna Wallace (rising star Sofia Pernas, TV’s The Brave, Jane the Virgin, Young and the Restless), a military security contractor who just happens to be screwing Capt. Randall…and happens to be the daughter of decorated General Hank Wallace (Treat Williams, Prince of the City, Once Upon a Time in America, TV’s Everwood), Capt. Randall’s superior. With a $5 million ransom on her head, can reinstated Randall and pissed off General Wallace lead their crack Special Ops team into the jungle for the ultimate Cinderella rescue?

In the fall of 2017, I enjoyed watching the TV trend of military-themed action shows as three broadcast networks premiered similar dramas that year: SEAL Team on CBS, Valor on The CW, and The Brave on NBC. With those fresh in my mind, forgive me if I drifted in and out of unconscious thoughts that I was actually watching one of those shows and not Operation Rogue. All the traits are here: the smartass bro-com military camaraderie, the tough-but-ruggedly handsome team leader working underneath the grizzled old pro, the romance between team leader and fellow trooper that should be kept under wraps (for appearances, of course), the bullets, explosions, rescue missions… if it sounds like I’m accusing Operation Rogue of ripping off these small screen action adventures, I’m not; all three of them premiered a full three years after this film’s release.

So imagine my surprise when I spotted the lovely Sofia Pernas as heroine Jenna Wallace in Operation Rogue. It didn’t click immediately, and I had to look it up to be sure, but she’s the same actress playing a similar character on NBC’s The Brave (minus the action bits; she’s more desk-bound in the TV show). She would’ve been around 24 years old at the time of this film’s release, but it’s easy to see the former soap opera actor was on the way up; she’s one of the best things in this film; her scenes are engaging and her acting a notch above the rest of the cast (and what a jump that is, going from Roger Corman to NBC prime time regular!). 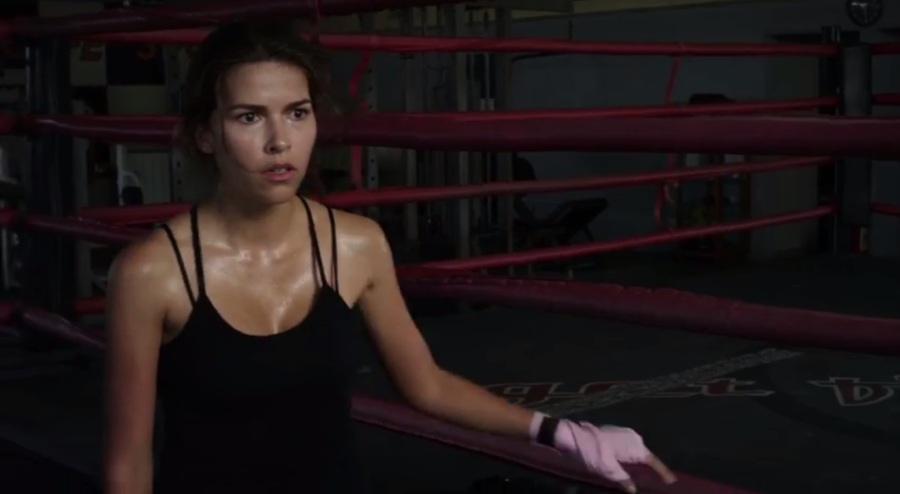 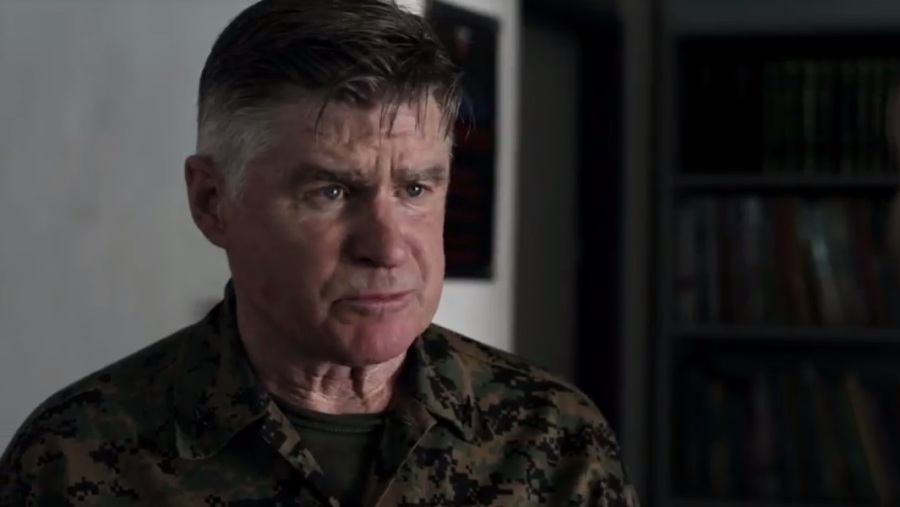 Speaking of Treat Williams, he certainly looks the part of grizzled old timer General Hank Wallace. He’s a pro by now and decent in his scenes, but seems a bit subdued during some of his character’s more emotional moments. When his daughter is kidnapped and taken for ransom, his delivery often borders on boredom, which stood out to me; I’d be an angry and pissed vigilante! But then again, maybe that’s a deliberate choice; maybe a longtime Marine in his position knows how to control his emotions and not fly off the handle in the wake of awful circumstances…it’s just not what’s expected when seeing it in a movie.

Pro B-action star Mark Dacascos is fun to watch and comfortable in his fight scenes, but then again he should be; Dascascos is a professional martial artist, having won numerous karate and kung fu titles in the 70s and 80s during his youth and teen years. Fans of classic TV (who hate modern remakes) should know that he also played the recurring role of arch enemy Wo Fat in the CBS revival of Hawaii Five-0. (Can you believe this guy is also the “The Chairman” on Iron Chef America? Talk about diverse.)

Roger Corman, pushing 90 when he produced this film, shows no signs of slowing down. In today’s age of cable, satellite, video-on-demand and streaming, there’s no shortage of outlets for his brand of low-budget exploitation fodder. If a film like Operation Rogue seems repetitive, what does it matter? He produces with a quantity-over-quality mindset…and that’s not to say all his films are crap – he just knows he can find a nice niche audience for whatever he throws out there, and that’s what he has with these little small-time jungle shootout adventures.

The final third of Operation Rogue gets a little too greedy with the escapes and rescues. It attempts to ramp up emotional stakes with each and every kidnap scenario that inevitably results in a rescue attempt. It’s a little redundant, but a saving grace: director Brian Clyde (Supergator, The Hunt for Eagle One) and scripter Mike MacLean (Piranhaconda, Attack of the 50 Foot Cheerleader) aren’t afraid to occasionally pay it off with some surprising, and sometimes sad, deaths. 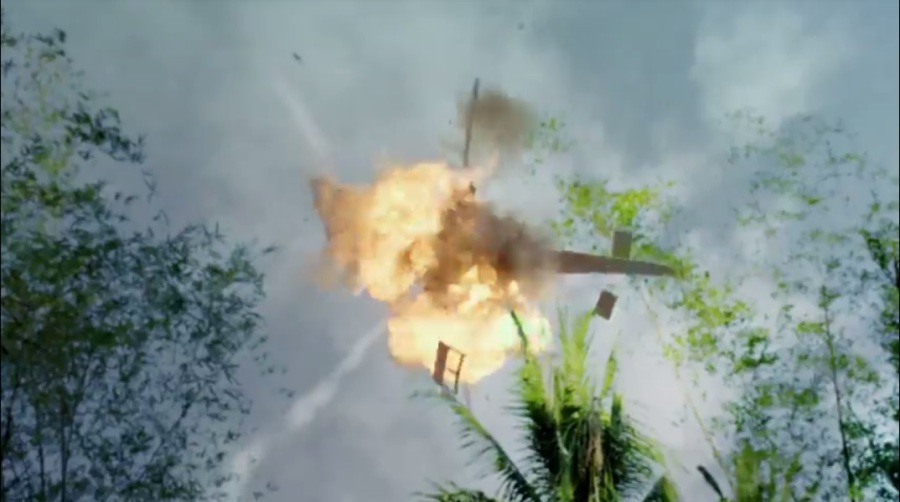 For action fans, there’s plenty to keep you busy for 88 minutes on a boring Friday night: Jungle hut explosions, escapes, attempted escapes, rescues, a decapitation, and Rambo-style bad guys that seem to multiply as fast as they’re killed off. Oh, and there’s also a helicopter explosion and a man who catches on fire! It’s not the greatest action flick you’ll ever see, but if you’re a fan of the genre or any of the actors (or you’re curious to see a pre-The Brave Sofia Pernas), you’ll find something in Roger Corman’s Operation Rogue to enjoy.

The image quality of this Mill Creek Entertainment release looks great on my 2012 32-inch Philips LCD flat screen, surprising for a title sharing a single, standard definition disc with four other movies. And for the cheap price, you can’t beat it! (Mom, dad…if you need stocking stuffer ideas for me….)

Today's arrival from @shoutfactory: the 1978 TV film, DR. STRANGE.
Fun in the sun with MAGNUM PI: THE COMPLETE SERIES on Blu-ray! Happy to see @millcreekent keeping the physical media flame burning for vintage TV. Link to unboxing in bio.
A little unboxing of a sealed 1983 Galaxian cartridge for the Atari 2600. I purchased it 15-20 years ago on Ebay. Link to video in description.
Took in a little artificial revenge with STEEL AND LACE (1991), video store-era fun released on Blu-ray by @vinegarsyndrome.
I legit chuckled my way thru 1989's THE LAUGHING DEAD - as it should be! Another nice Blu-ray restoration from @vinegarsyndrome. I talk about it in my video (link in bio).
A lil Chuck Norris in my most recent video (link in bio). BREAKER! BREAKER! (1977) is a fun ride through the rural, truck-drivin', CB-talkin' late 70s!
Watched THE SLAYER (1982) & enjoyed the ambiguous ghost story vibes mixed w/slashery feels. Released by @arrowvideo. Link in bio to my video review.
Had fun with the @arrowvideo Shocktober sale this year, & picked up more Blu-rays than anticipated. But I filled in a lot of missing gaps! Video link to the unboxing in description.
A look at the @remindmagazine special holiday issue - all about John Carpenter's original Halloween (1978)! Watch the video by clicking the link in my bio. (& while you're there, subscribe!)
Newest NES addition: COBRA TRIANGLE (1989) from Rare. Never played this one as a kid. From what I hear, it's not an easy one.
It's been a while. Had fun re-watching THE GOONIES for the first time in a long time. First time for me in HD after upgrading my old DVD to a Blu.
Since I never watched (& just purchased) the made-for-Sci-Fi Channel sequels, I revisited 1995's SPECIES. Fun times! Michael Madsen in top 90s tough-guy form; Marg Helgenberger scientifically testing crime scene materials 5 years before doing it on CSI; Alfred Molina a decade before he was Doc Ock; 15-year-old Michelle Williams, 3 years before Dawson's Creek; Forest Whitaker (cuz he was in EVERYthing); & Ben Kingsley as Xavier, the leader of this ragged X-Men-style group. But me & the college roomies were 19 at the time I originally saw this. Would we have been as interested if newcomer Natasha Henstridge wasn't the main attraction? 😳 One of my oldest Blu-rays, this is a 2006 pressing from Sony. Still fun to watch.
Loading Comments...
%d bloggers like this: