Well, maybe more like Getting Close to Getting Gotti…but no cigar from the Teflon Don.

Staten Island, 1974. Mob underling John Gotti (Tony Denison), hoping to curry favor with the Gambino crime family, zaps Irish gangster James McBratney (Victor Ertmanis) in a bar. Before you know it, Johnny boy’s patrone, Neal Dellocroce (Peter Boretski), is sponsoring him as a “made man,” in an elaborate ceremony right out of a photo spread from Better Homes and Mafiosa.

Meanwhile, fellow Ozone Park, Queens alumnus Diane Giacalone (Lorraine Bracco) takes her own initiation as an Assistant U.S. District Attorney of the Eastern District of New York. Heading back home, and hearing from honest, hard-working—and frightened—Italian neighbors like shop owner Eddie (Howard Jerome), Diane is determined to put away the lying, cheating, murdering scum like Gotti who give her people a bad name. 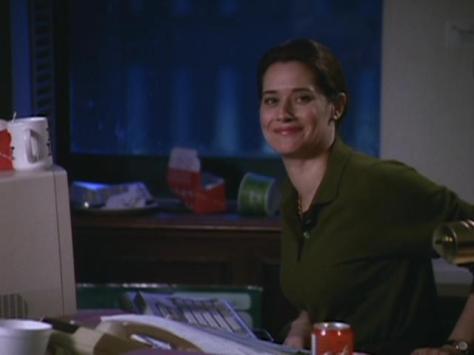 Easier said than done. Swamped and overwhelmed with cases, Diane has some help from dedicated homicide detective Teague (John Winston Carroll), but damned little help from the F.B.I. agents who protect Gotti’s soldiers as their informants. Meanwhile, Gotti has his own hands full, bucking Gambino crime boss “Big Paulie” Castellano (Gene Dinovi), who doesn’t want Johnny selling drugs. Problem solved…when Johnny whacks Paulie and becomes the head of the Gambinos. Too bad, then, that former associates have no honor among thieves, like the old days. They turn on Gotti and provide the testimony and evidence needed by Diane to mount a Federal Racketeer Influenced and Corrupt Organizations case against him, one that proves humiliating, personally and professionally, not for him…but for her. 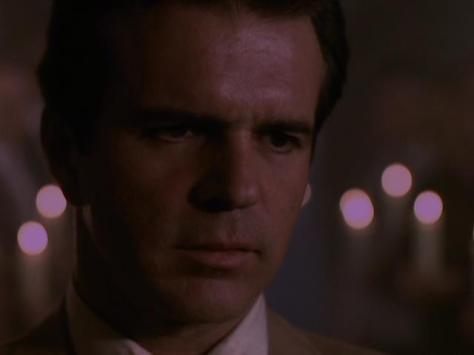 I have no idea how historically accurate Getting Gotti is, outside of the big signpost details concerning Gotti’s crimes and his subsequent 1986 RICO trial (which the movie seems to get right from what I could glean on the net). I don’t go into short little 90-minute made-for-TV movies that cover years and years of a legally complex case and ask for pinpoint documentary accuracy. I also don’t expect a telemovie coming from the still-heavily self-censored network TV movie mill of the early 1990s to equal the “anything goes” visceral impact of a big-screen Goodfellas or a cable-ready The Sopranos. The few negative reviews I read for Getting Gotti seem to have missed those obvious qualifications. 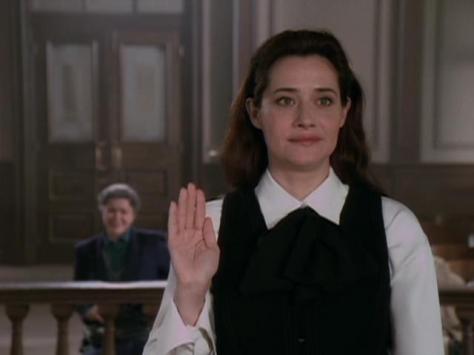 That being said… Getting Gotti certainly isn’t perfect, but it’s entertaining enough for those viewers who can’t get enough mob antics. Just like any subgenre, the “mob” movie has certain conventions unique to its structure, and if they’re trotted out, regardless of originality of execution, they can satisfy the viewer on a basic watchability level. And Getting Gotti does that well enough.

Getting Gotti’s biggest drawback is its necessarily truncated running time. Too many plot points pass by without context or continuity. One minute Diane is sworn in as a fledgling Assistant District Attorney, and within a scene or two, without any heads-up, she has the power to call meetings with all the branches of civilian and federal law enforcement, with her supporter remarking how she’s been able to crack cases for years that others haven’t touched. When did this happen? How about a simple title card signifying a date? An old-timey 30-second montage of her courtroom busting antics? How about just a little bit of narration to smooth over the cracks?

I’ve had a thing for Lorraine Bracco ever since I saw her in Medicine Man and later, The Sopranos (cool and professional and emotionally constricted always gives me the whim-whams), so I’m not going to go off too harshly on the negative aspects of her performance. When she keeps the volume down, she’s fine as the fiercely independent and flat-out brave attorney who risked her life to take on Gotti. She’s particularly affecting in the second half when the nauseating shenanigans that went on in the courtroom almost break her down (if true…how could the judge put up with all that crap from the defendants? Was he on the take…or scared to death?); she’s vulnerable and believable (too bad all that family stuff, with a wasted Ellen Burstyn, was so cliched). Only when she started yelling in that flat, screeching voice did Bracco lose me. 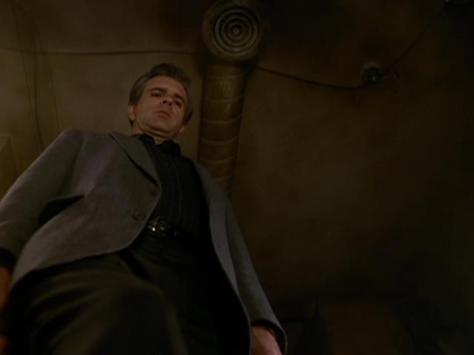 Tony Denison may look way too sleek and handsome to be Gotti, but (with the wind tunnel-tested hair) he’s got the explosive rage down pat, along with the sneering arrogance that’s needed for the part. He’s the best thing in Getting Gotti because when he’s on, we’re watching not a courtroom drama, but a mob movie. Whether he’s floating slo-mo Dracula-style through a baroque “made man” initiation ceremony (complete with gauzy candle lit interior and dread-inducing Omen-ish music) or beating the living sh*t out of a cheap little hustler who doesn’t provide proper tribute from an armored car heist (nicely vicious for this kind of TV movie, with some extreme camera angles added for fun), Denison holds the screen, as he should (a special shout-out, also, for Henry Sanders, playing a deliciously weasely rat—he’s like a demonic three-way cross between Charles Manson, Dick Shawn, and, god help us, James Brolin). If Getting Gotti is necessarily anti-climatic, due to historical accuracy, Denison’s and Bracco’s emoting, along with enough of the requisite mob movie tropes, help us forget the tease in the title. 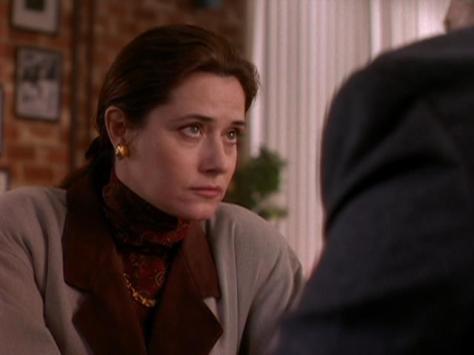