Our adventure begins in 1988 Paris, where Picasso Trigger (John Aprea, The Godfather: Part II, TV’s Falcon Crest), a double-agent, is assassinated by one-bad-dude Miguel Ortiz (Rodrigo Obregón). Ortiz and his men then go on a rampage, knocking off agents one by one who were somehow involved in the death of his brother.  The remaining agents, working episodically in groups of two, work to bring an end to Ortiz’s murderous crime spree. Things explode. People get naked. Pause buttons (and VHS tapes) wear out.

That’s the broad (sorry) take, and it’s all you really need to know plot-wise for this Andy Sidaris explode-em-up, for the plot is desperately hard to follow…and it’s a good thing, because we don’t want plot to get in the way of why we really watch Sidaris films (the lush, gorgeous scenery). I’ve watched this film a number of times dating back to the early 90s, and when I plopped down to spin this new Blu-ray of Picasso Trigger, I felt like I was able to follow the plot for the first time ever. In fact, I wrote in my notes that this film is a “more cohesive” effort from Sidaris, compared to previous films Hard Ticket to Hawaii and Malibu Express. I wrote that note just a day ago, and now I laugh at myself; this film is still all over the place, but that’s a large part of its charm. In reality, Picasso Trigger is a bit toned down in the crazy department compared to those earlier films, especially Hard Ticket to Hawaii, the epitome of laugh-out-loud ridiculousness and nonsensical side plots. In other words, there are no deadly, radioactive mutated snakes roaming about, nor are there any hillbilly families challenging our hero to a series of street races like the Buffingtons, a family of hillbilly comedy-relief hicks in Malibu Express.

That’s not to say the spirit of those earlier films isn’t here; this is still a crazy, ridiculous film, sporting more explosions and gimmicky gadgetry than your average Bond film. When these agent killings start getting out of hand, Dallas-based L.G. “Long Gone” Abilene (Guich Koock) calls on his nephew, stud-boy Travis Abilene (Steve Bond, TV soaps General Hospital and Santa Barbara), who’s hanging out (literally!) in a Speedo aboard the Malibu Express yacht, obviously a cousin (or brother, or nephew, or whatever) of the earlier Abilene heroes who’ve lived on the boat and can’t hit the broadside of a barn with a gun. But there’s no time for screwing around (yeah, there is, actually…) as Travis meets up with his mystery partner, statuesque Spanish beauty Pantera (Roberta Vasquez, November ’84 Playmate of the Month), who’s coincidentally an old college flame of Travis’s. When Travis reminisces about a night spent by the fireplace back in the day, Pantera responds, “Ya know I had rug burns on my rear for week? It was worth it.”

You call it cheese. I call it romance.

Just as the confusion ramps up and you feel lost in a world rife with deadly intrigue and unknown super agents, familiar heroines show up—the real reason we tuned in! Undercover agents Donna and Taryn (Dona Speir and Hope Marie Carlton) are back, sporting their familiar tan khaki duds (until they take them off, of course) and fronting as employees for Molokai Cargo…but not before we meet them hanging out on their beautiful yacht, getting dressed and taking showers before heading out to the beach for some much-deserved R & R in their bright, neon scuba bikinis (is that really a thing?). When Ortiz’s explosives-packed remote-control airplane destroys their yacht, the agents know they’re being targeted, and join the other agents in the effort to bring down Ortiz.

Before that happens, we’re treated to Donna and Taryn hitching a ride with a more-than-willing middle-aged man in a small pickup, and then taking the train to get to wherever it is they’re going—all in those neon-bright bikinis. When Taryn spots a hot dude, she sarcastically quips: “Is that a snorkel in his pocket, or is he just happy to see me?” The guy pulls out the snorkel, and Donna replies: “It’s a snorkel, Taryn.”

This is some serious spy sh*it, y’all.

Rounding out these mini-teams, which resembles Sidaris’s 1979 film, Seven, in story structure, are Jade (kickboxing pioneer Harold Diamond) and Edy (Cynthia Brimhall), the owner of Edy’s, the Hawaiian hangout where much expository (and flirtatious) action takes place; agents Kym and Patticakes (Kym Malin and Patty Duffek), undercover as sexy showgirls at the Greenhorn Club in Vegas (says one leering sex slave-owning baddie to another: “What do you think of the meat, Mr. Patterson?” “Decent. They’ll do.”), with assistance from musclebound Juan (former Mr. Universe John Brown); and gadget inventor/scientist, the Professor (Richard LePore in a role similar to the one he played in Seven, an obvious ripoff of Bond’s Agent Q), who hangs out with Swedish tall glass Inga (Liv Lindeland, January ’71 Playmate of the Month) at their beautiful Japanese-inspired mansion (in real life one of TV producer Glen A. Larson’s homes, a friend of Picasso Trigger producers Arlene and Andy Sidaris).

If there was one thing that excited me most about Picasso Trigger when I first saw it decades ago, it was the realization this was a series…the realization that, every couple years, we were going to get another one! Picasso Trigger still hits the expected action markers with plenty of low budget, but highly creative, stunts and kills, and fun gadgetry including rigged RC planes and cars, a rigged boomerang, rigged crossbow spears, a rigged crutch(!), and high-tech machines like a one-man hovercraft.

Best of all, you can now enjoy this film in beautiful, high-definition widescreen thanks to Mill Creek Entertainment’s Blu-ray release, the third in this Sidaris series of films. The disc is rich with bonus features, even if it’s older content previously released on past DVD editions.

The best of the bunch is an audio commentary by Andy and Arlene Sidaris, which is just as entertaining as the commentaries for the previous two releases (Malibu Express and Hard Ticket to Hawaii); an introduction to the film by director Sidaris features future starlet (and Penthouse Pet) Julie Strain, who’s comfortable showing her assets; a behind-the-scenes featurette with highlights that include retro interview clips with Speir and Vazquez from Joe Bob’s Drive-In Theater, some Picasso Trigger discussion with Andy, Arlene, and Julie Strain, a Strain photo shoot (Julie Strain has more confidence, charisma and uninhibitedness than anyone I know), and some “Andy’s film school” behind-the-scenes footage from 1998’s Return to Savage Beach.

Rounding out the extras are trailers for all 12 films in Sidaris’s 1985-1998 Malibu Bay Films series, which later came to be known as the L.E.T.H.A.L. franchise.

If you’re into these types of trashy-but-colorful throwbacks, Picasso Trigger isn’t as outwardly crazy as Hard Ticket to Hawaii, the cream of the L.E.T.H.A.L. series crop and the best remembered of Sidaris’s films…nor is it as outwardly silly as Malibu Express. There’s an attempt here at a more serious (albeit confusing) story concerning double-and-triple agents gone rogue, romantic jealousies, and final-reel twists that make for a more mature narrative (did I just say that?)….but in the end, this is still a Bullets, Bombs and Babes film, and you either get the joke or you don’t. 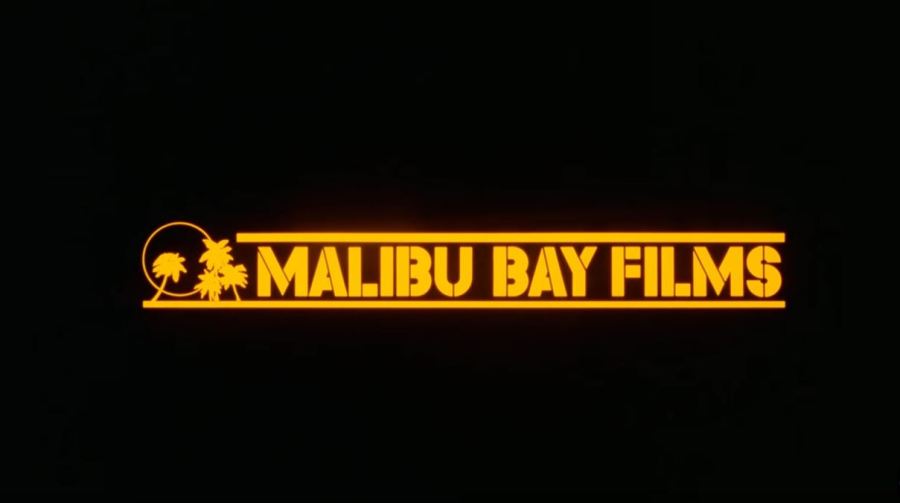